Philippines is the only country in the world that produces pili in commercial quantity and has the monopoly on processed pili in the foreign market. Many of these Pili Nut suppliers or producers comes from the southern part of Luzon in the Bicol area. But a good number of commercial pili nut farms are also being develop in some other areas of the Philippines.

The pili is a medium sized large tree that may reach a height of 30 m or more. The fruit, commonly referred to as a nut (botanically a drupe) measures 4-7 cm long, 2.3-3.8 cm in diameter and varies in weight from about 15gr – 46 gr. The pulp is composed of a thin skin, which is smooth and shiny, and turns from green to black when the fruit ripens. The kernel itself weighs 0.74-5.13 g and constitutes about 7% of the drupe.

Later, people dug out pili seedlings in the forest, and planted them near their dwellings. The more resourceful individuals also planted some of the seeds (particularly the large nuts) that they had gathered in the forest. Thus, the process of domesticating and cultivating the pili nut is thought to have begun.

Visitors from neighbouring provinces were impressed by the tastiness of the pili kernels, and began taking pili seedlings home for planting. Some of them also grew seedlings from the nuts they brought back. In the same manner, local residents who moved to other provinces took pili seedlings or nuts with them for planting.  Despite its long history of cultivation, the pili has remained a home garden tree and a minor source of income for but a few people. It is only recently that the pili has been designated a priority crop in the Bicol region.  The country hopes that in the future, the pili nut will be grown as a commercial crop and ranked with the cashew and the macadamia in the world market.

The pili is indigenous to the Philippines, and is found primarily in the rainforests surrounding Mt. Bulusan, in the Province of Sorsogon, in the Bicol region.  Over time, the trees spread northward to the other three provinces (Albay, CamarinesSur, CamarinesNorte).  Most recently  trees have been dispersed by seedlings taken to the provinces of Negros Occidental, Samar, and Romblon (Tablas Island).

Economically, the pili nut kernel is the most important part of the fruit and has many uses.

When eaten raw, it is crispy and has a delicious flavour. It can also be eaten roasted, fried or sugar-coated. It is frequently used as an ingredient in cakes, puddings and ice cream, and when cooked in syrup, makes a tasty preserve. The roasted kernel is sometimes used in chocolate-making. It is also rich in oil, which is suitable for culinary purposes.

Most recently, there is interest in developing the oil as a massage oil and for skin care products, as well. However, at present, extraction of the oil from the pili kernel and pulp is not being fully exploited owing to an inadequate supply of nuts, and limited technical knowledge and equipment.

The hard, stony shell of the pili seed is chiefly used in cooking, for which it makes an excellent fuel. It is also well suited as a component of the growing medium for orchids and anthuriums. When polished and varnished, the shell is finding a new use in cosmetic jewelry and handicrafts.

A number of processed pili products are currently available in local markets. Pili candies are prepared from whole or halved kernels, which are coated with a glaze of brown (unrefined) or white (refined) sugar, cooled, placed in plastic bags or jars, and sealed. Pili ‘turron’ is made from a mixture of ground pili kernel, sweet potato and sugar, which is flavoured with sesame and vanilla. The mixture is cooked until it reaches a desired consistency, cooled, cut into uniform pieces and wrapped in plastic. Pili pudding, the last of these products, is made from a mixture of mashed sweet potato, ground pili kernel, condensed milk, butter, sugar and eggs. The mixture, flavoured with vanilla, is poured into small rectangular paper trays and baked. 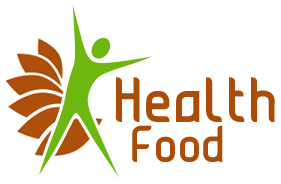 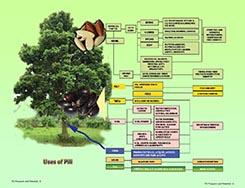